WEST HARTFORD, Connecticut, U.S.A. – I am a Yankees fan – always have been, always will be. But I am disgusted with one of the many superstars on the team, Alex Rodriguez.
He is a man kids idolize. You can’t walk far down a New York street without seeing a shirt bearing his number 13 on the back.
He’s on track to become baseball’s next home run king. He’s making millions of dollars each year, the highest paid player in baseball.
Couldn’t get any better, right?
Wrong. He’s now just another cheater in baseball, using performance-enhancing drugs to improve his game. 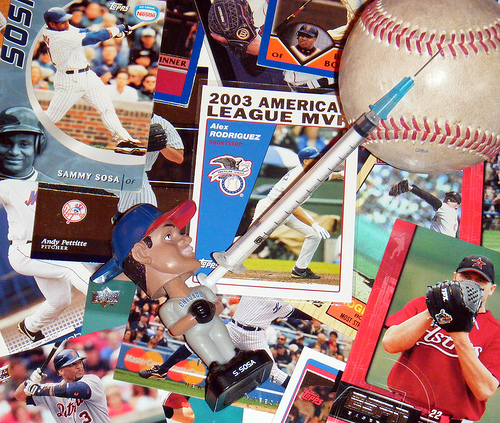 During his recent press conference, he got overwhelmed with emotion when he tried to address his teammates and apologize for his actions. He had to choke back tears when he tried to direct his apology to his teammates.
But I don’t believe those were real tears.
Ever since he came to the Yankees in 2004, he’s never seemed like a real team player.
If he were a team player, he would keep his personal life separate from baseball. It’s not fair for him to consistently disrupt the team from baseball.
Every year, he’s involved in a scandal, whether it be about his friendship (or lack thereof) with teammate Derek Jeter, his divorce with ex-wife Cynthia and his affair with Madonna, or being accused of steroids.
It was evident by his teammates’ posture at the press conference that they’re sick and tired of his antics.
I feel A-Rod hasn’t “earned his pinstripes” yet. He isn’t a true Yankee, and it appears that he won’t ever be.
As the saying goes, there is no “I” in team, yet he’s always the center of attention, no matter what the circumstances.
All throughout the press conference, he kept saying the same thing, that he was “young and stupid.”
But that’s not a good enough excuse. Too bad if he was young and stupid—when you’re playing major league baseball, you’re constantly in the public eye and you can’t get away with lame excuses like that.
And while he may be a fantastic player, we can’t even trust his stats anymore – or anyone else’s.
We’re doubtful of every player as a result of the choices made by some, but not all, players. That is, unfortunately, what baseball has become – a game tainted by cheaters.
When asked, he couldn’t bring himself to admit that he is a cheater.
“That’s not for me to determine,” he said.
But it is. Anyone who takes steroids should be considered a cheater. The rest of the sports world has accepted it, now he must.
It’s time for A-Rod to stop being a constant distraction in the Yankee clubhouse and focus on baseball.