BRISTOL, Connecticut, U.S.A. — Run – don’t walk – to the nearest theater to check out Superman Returns, the latest filmed directed by Bryan Singer.
The film is filled with fun quirks that make it entertaining to everyday folks and Superman aficionados alike. There is the quintessential Hollywood set-up, but with a slight twist. The storyline diverges from what one expects at the beginning, and takes the audience to new places.
Kate Bosworth delivers a wonderful performance as Lois Lane, the devoted reporter. Lois Lane finds herself conflicted with many problems throughout the film, including her confining boss, her new family, and her recently returned love – Superman. At the same time, she must keep her child safe while balancing her stressful career. Life is just not easy for this working woman! With problems popping up at all angles, the inner city reporter surprisingly remains cool and collected. I suppose I would, too, if I knew Superman would always come and save the day.
Brandon Routh delivered a wonderfully stoic and regal performance as Superman, which was nicely countered by his awkward façade as Clark Kent. He faced the bad guy, Lux Luthor (Kevin Spacey) but not without some hardships. Routh’s resemblance to Christopher Reeve, the original Superman, is almost uncanny. 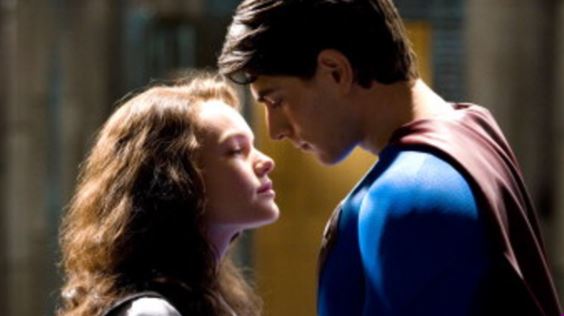 Somehow Lux Luthor gets his hands on crystals that were supposed to belong to Superman. Luthor decides that he is going to make a new continent with these land-producing crystals, and make millions by selling the land to beach-faring citizens. I wasn’t sure what was so evil about real estate, but I guess Lux Luthor had it all planned out. It’s up to Superman to make sure that Lux Luthor doesn’t succeed, and put a stop to his mischief. Little does Superman know that the island was created partly by his only true enemy – Kryptonite.
As the story progresses, there are love triangles, awkward Lois-Superman scenes, and several other snippets that are tied to the plot and suggest tension between the characters. Luckily, whenever a plane or other transportation vehicle goes astray, Superman is there to save the day. Throughout the movie, Superman hauls the un-haulable, throws the un-throwable, and lifts the un-liftable. Even with special effects, I found myself doubting the magnitude of Superman’s power as the feats he accomplished became more and more outlandish.
The special effects were quite special, though. At one point you actually see Superman move faster than a speeding bullet (the audience chuckled at this reference), and then proceed to block oncoming bullets with ease. One even bounces, (in slow motion) off of his eye! The special effects in this movie were quite stunning, and at times, even beautiful.
Another good feature about the movie was that the director kept in the corny references to Superman like the speeding bullet reference. It reminded the audience that the movie was based on a comic book, and it made the film lighter and more fun.
Overall, this film is a success. A dynamite cast and great special effects make it a must-see. Just a warning, though – at a little over two and a half hours, you might want to take a nap before going to the theater. “Faster than a speeding bullet” is definitely not a way to describe the running time of this movie. Also, I would caution against small kids seeing the movie, as it is a little violent in some parts.
So run to a theater now, and before you know it, you’ll be wearing a towel around your neck – cape style! Everyone will want to be just like Superman, America’s favorite superhero.