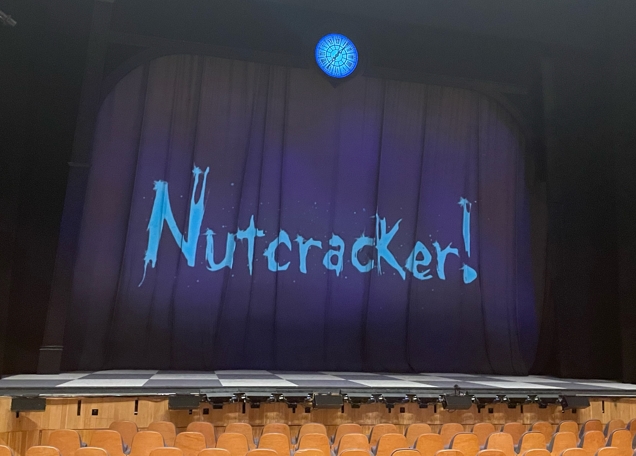 Cardiff, WALES – Theater is renowned for its ability to allow you to escape from reality for a short while and immerse yourself in someone else’s world. And that’s exactly what choreographer Matthew Bourne’s Nutcracker did for me.

Of course I was familiar with the popular Nutcracker ballet where a young girl befriends a nutcracker that comes to life on Christmas Eve and starts a battle against the evil Mouse King.

But I was excited to see how Bourne and his New/Adventures Production team would take a classical, beautiful ballet and turn it into a modern yet profound piece of musical storytelling.

Bourne explained in the program notes that his aim with the show was to ‘create a story that had its own logic whilst delivering all the iconic Nutcracker highlights.’

He did it successfully through keeping the much-loved music by the renowned composer, Tchaikovsky. By keeping this dominant feature of the traditional ballet, Bourne reworked it into a beautiful revision about growing up, first loves, dreams and wishes.

This unique version of the story follows Clara’s journey from a dark Christmas Eve at Dr. Dross’ Orphanage, through an ice-skating winter wonderland to the marvellous candy kingdom of Sweetieland.

Cordelia Braithwaite did a fantastic job of portraying the protagonist, Clara. She captured the character’s young and playful spirit while maintaining Clara’s delicate, almost innocent element.

Like the rest of the cast, her dancing was flawless, a seemingly effortless display of the sheer elegance of ballet.

The show’s ability to engage the audience and allow them, whether familiar with it or not, to follow the storyline with confidence, surprised me. Perhaps this is a testament to set and costume designer Anthony Ward whose iconic sets and extravagant costumes told the story in their own way.

Bourne’s Nutcracker is a whirlwind of color.

I left the theater feeling uplifted – a spring-in-your-step kind of feeling. Whether that was due to the mesmerizing dancing or the fantastical costume displays, I’m not sure, but one thing was certain – this is the type of feel-good show for anyone looking for a reason to smile or laugh or escape the current harsh realities our world is facing.

The show runs through March 26.

Holly Hostettler-Davies is a Senior Reporter with Youth Journalism International.